Join us and our host for a guided screening of Deep in the Clouds 碧罗雪山 (2010). Our host, Jenny Wu, will provide a cultural background to the film, and lead a discussion after. Come along and share your views while enjoying popcorn and drinks! As usual, you are invited to discounted drinks later at Sidestreet. 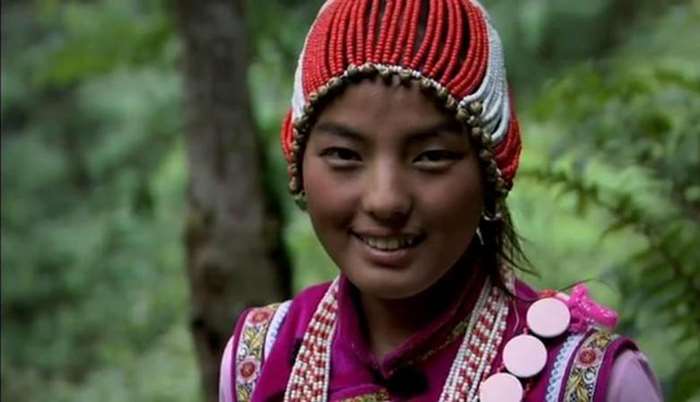 Directed by Jie Liu, Deep in the Clouds takes place in a Lisu Village near the Nu River. Di A Lu, in love with Mu Pa’s sister Ji Ni, is banned from pursuing her by Lisu tradition. One day, Mu Pa is arrested after cutting down a plant that is protected under national laws. Mu Pa’s father tries to marry Ji Ni to A Da to settle Mu Pa’s case. On her wedding day, Ji Ni, dressed in a traditional Lisu wedding outfit, disappears into a foggy mountain. Three months later, Lisu people start moving out of the mountains where they have lived for generations side-by-side with their worshipped ancestors.